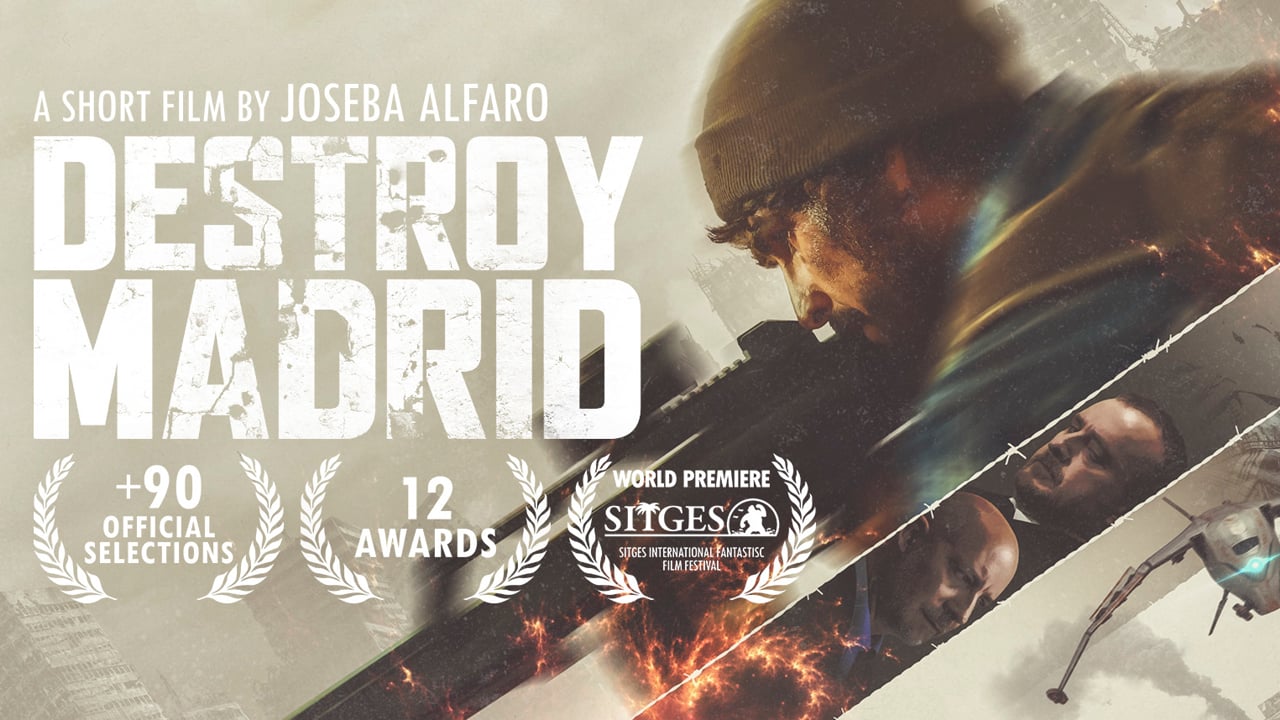 “No one knows how it really started… Some say it was because of the crisis, the disgust, the unemployment, the hunger… Others think it was a conspiracy, and those few little black hands that pull the strings were bored and wanted to play. Me? I just think it was the time to break the rules, to stop this fucking big wheel fed with our pain and condenscendence.”
– A survivor.

Destroy Madrid is an action/sci-fi/political short film. And at the same time, it works as a proof-of-concept that is expected to be explored in a feature film, which screenplay I am writting.

Click on the central part of the vertical bar of the images and drag it sideways to see the difference. 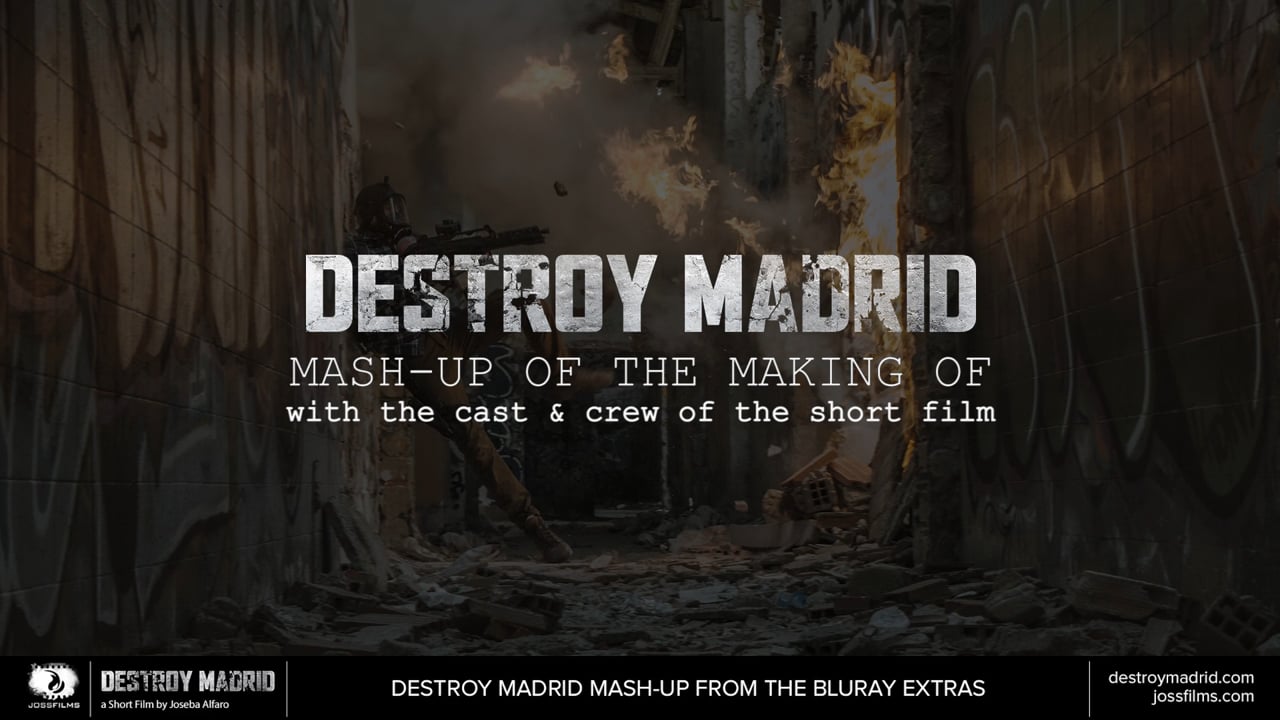 [portfolio_navigation_module style= “style2” title_align= “center” nav_links_color= “rgba(255,164,0,1)” hide_in= “” css_id= “” css_classes= “” animate= “1” animation_type= “none” animation_delay= “0” animation_duration= “300” padding= ‘{“d”:””}’ margin= ‘{“d”:””}’ border_style= ‘{“d”:”solid”,”l”:”solid”,”t”:”solid”,”m”:”solid”}’ border= ‘{“d”:””}’ border_color= “” border_radius= “” box_shadow= “0px 0px 0px 0px rgba(0,0,0,0)” key= “H1heCTmRsIr”][/portfolio_navigation_module]
Privacy Settings
We use cookies to enhance your experience while using our website. If you are using our Services via a browser you can restrict, block or remove cookies through your web browser settings. We also use content and scripts from third parties that may use tracking technologies. You can selectively provide your consent below to allow such third party embeds. For complete information about the cookies we use, data we collect and how we process them, please check our Privacy Policy
Youtube
Consent to display content from Youtube
Vimeo
Consent to display content from Vimeo
Google Maps
Consent to display content from Google
Save